Surrey, UK – 1 November 2022: Biwater has been awarded a contract with the Government of the Virgin Islands represented by the Ministry of Communication and Works, to carry out repair works to the Burt Point wastewater treatment facility in Tortola following the severe Hurricanes Irma and Maria, which caused widespread destruction to the islands in September 2017.

Biwater was invited by the Ministry to inspect the hurricane damage and assess the remedial works required to return the plant to full operation, as originally commissioned and handed over by Biwater in February 2016.

The contract is already underway with the refurbishment works now in progress. The Burt Point treatment facility comprises a Biwater package wastewater treatment plant, Bicom Model 3000N, with sludge dewatering and disk filter tertiary treatment to a quality effluent with the potential for irrigation reuse.

Richard Smith, Director of Group Projects and Risk Division, said, “We are pleased to have been invited by the Government of the Virgin Islands to return to Tortola to undertake the necessary repairs with the original local contractors to help deliver this state-of-the-art facility back to full working order for Road Town, the capital of the Virgin Islands.”

The Burt Point facility forms part of an island-wide improvement scheme that was delivered by Biwater in 2016 to meet Tortola’s water treatment capacity requirements in line with the Government’s long-term water and sewage master plan. For this scheme, Biwater delivered two compact wastewater treatment plants, Bicoms, which provided a scalable wastewater solution for the Road Town district and the East End on Tortola;  together with an award-winning seawater desalination plant in Paraquita Bay, which increased Tortola’s water treatment capacity to provide a 24/7 potable water supply.

The Paraquita Bay desalination plant was designed and constructed to withstand both seismic events and major hurricanes, which meant that operations staff and their families were able to take shelter when Hurricanes Irma and Maria struck. Due to Biwater’s robust design, and the extensive anchoring with the marine intake, the desalination plant was returned to operation as soon as power was restored and water supply across the island continued without major interruption.

In addition to benefiting local residents and businesses, the desalination and wastewater treatment plants support the Government in protecting the diverse marine environment, coral reefs, and the 400+ species of fish associated with these complex ecosystems. 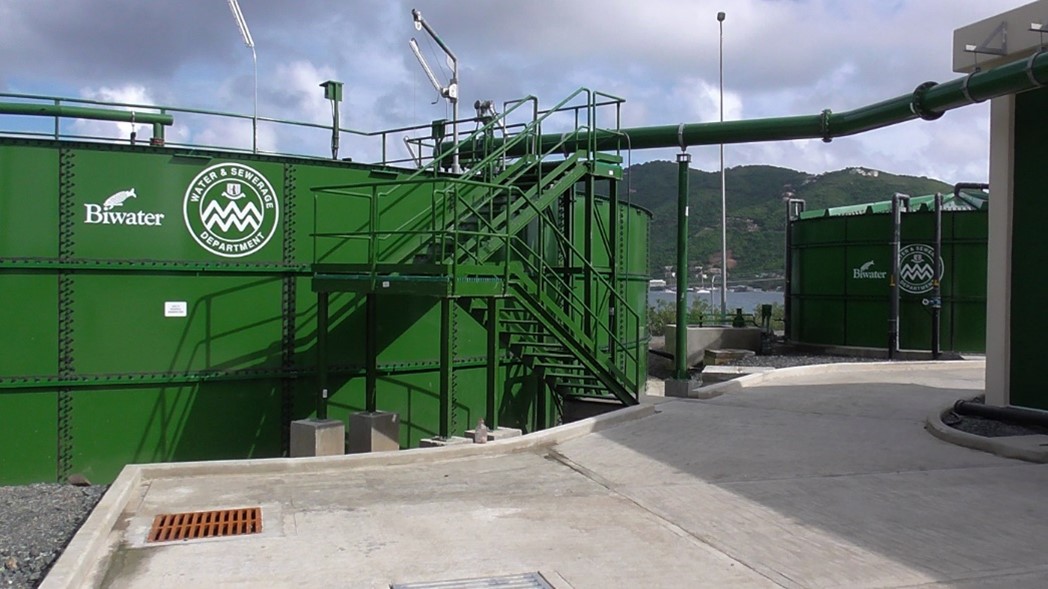 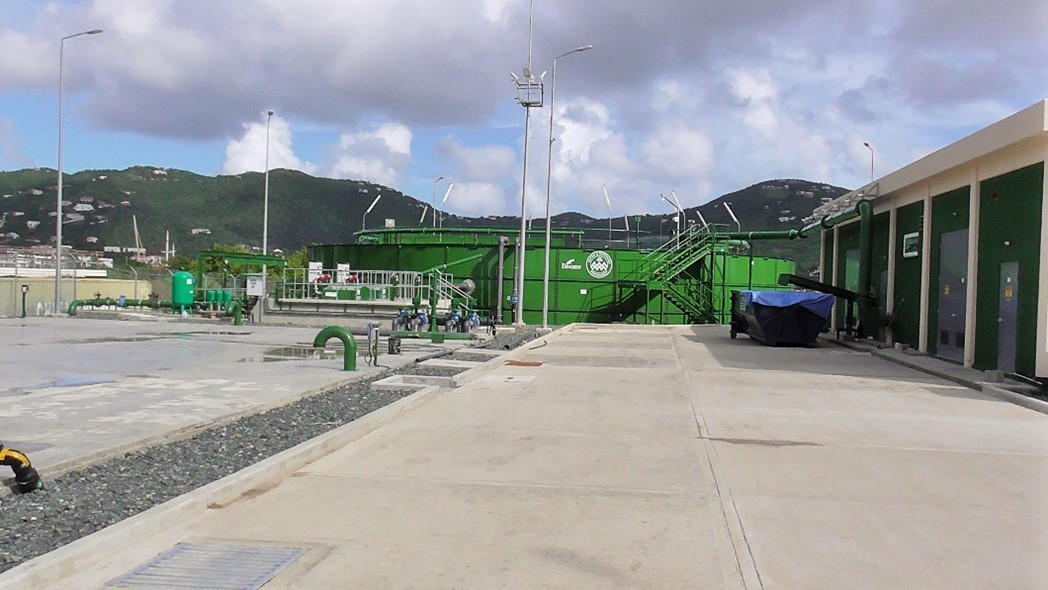 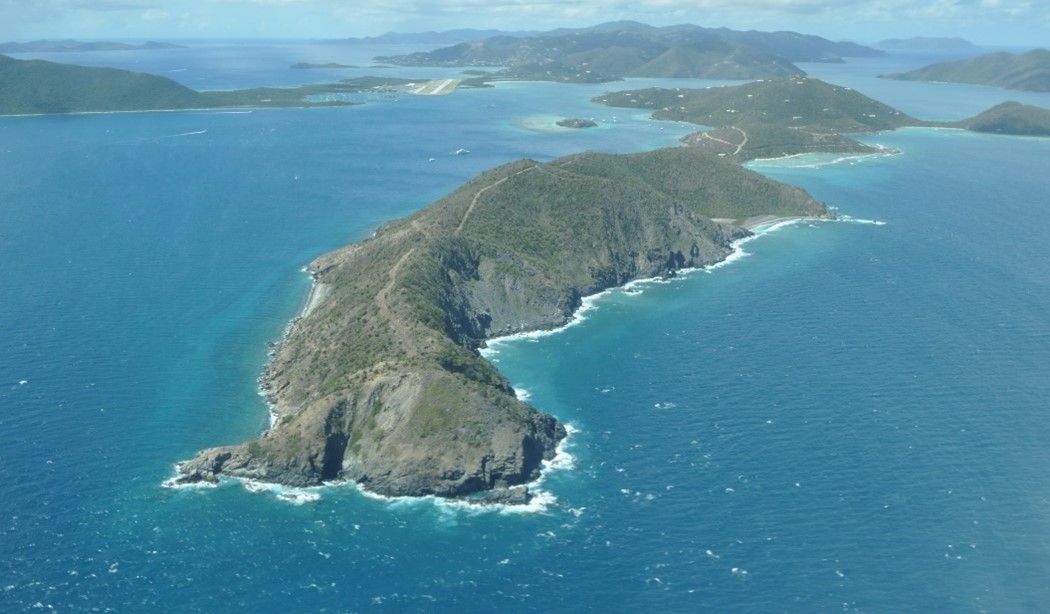 Aerial view of the island of Tortola