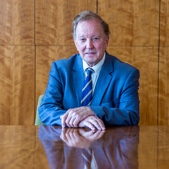 As the Founder and Chairman of Biwater, Sir Adrian White, CBE, is regarded as one of the most well established and credentialed leaders in the water industry.

In mid-2017, the leading water industry publication, Global Water Intelligence, listed Sir Adrian as one of water’s longest-serving Chief Executives. In addition to his steadfast commitment to the Biwater brand, Sir Adrian is the Founder of British Water, the UK’s water industry trade association.

Throughout his career, his experience as a Chartered Engineer and Scientist has fuelled his interest and continued leadership in the water industry.

Other UK leadership and governance roles:

“We saw faces of disbelief as a letter of credit from the Bank of the North in Nigeria was approved in the 1970s for a multi-site water project. It marked a first for Nigeria, as they had never opened up such a significant line of credit at the time. It marked a first for the Biwater Group, as it was our first large multi-site contract award. Nobody believed it would ever come through, and it did.”

“There is never a dull moment for us, and we aim to keep it that way. We will continue to change with the times and innovate to ensure that we deliver results and grow the company sustainably.” 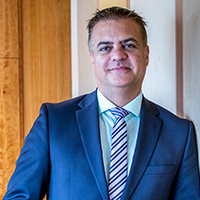 Paul was appointed Chief Financial Officer in 2014. He has been involved in a number of key strategic initiatives aimed at shaping the future direction of the Group, including new project finance deals, senior executive appointments, divestments, and the implementation of a new enterprise resource planning IT environment. At Biwater, Paul has led stakeholder engagement activities with pension trustees, corporate and finance banking partners, external auditors and international tax advisers.

As a seasoned finance professional, Paul has vast experience working with multinationals in the construction, energy and utilities industries. He brings over 20 years of financial leadership and operating experience to the company.

Paul is a Chartered Certified Accountant (FCCA) and has gained qualifications from the Pensions Management Institute (PMI). He has a National Diploma in Business and Finance from Thames Valley University.

“After we had delivered on a number of growth targets, Accountancy and Advisory firm, BDO, presented us with an award for international sales growth in early 2016. So early in my tenure at Biwater, it was great to see us exceeding our financial targets and increasing our foothold in key markets. The event atmosphere and team camaraderie was second to none.”

“We have a clear strategy and outlook for the future, which aligns with the UK Government’s efforts to drive exports. We aim to increase our international market share, and harness the power of new advanced water treatment solutions to maintain our position as a world leader in treated water.” 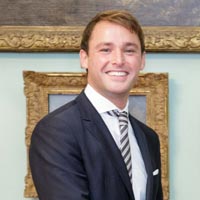 Alastair White oversees international business development activities and has successfully secured major projects for the Group in new and existing markets. As Deputy Chairman, he is involved in shaping the future direction of the company, and the development of Biwater’s global operations.

In his early years with the company, Alastair worked closely with Sir Adrian White in the role of Special Projects Assistant to the Chief Executive and Chairman, embarking on numerous international trade missions. He went on to become Director of Business Development before taking on the role of Deputy Chairman.

In 2017, Alastair was presented with the GTR-BExA Young Exporter of the Year Award, recognising his key role in winning significant new business for Biwater and increasing UK export competitiveness.

Alastair was Chairman of St. Kilda Trust and Chairman of Denbies Trust. He received a Masters Degree in Management (Merit) and BA in Economics for Business (Honours) from Leeds Metropolitan University.

“Travelling alongside the Head of the Business Group at UK Export Finance, with Biwater and UKEF delivering a joint-presentation to Sinosure and Chinese Ex-Im Bank, on the back of President Xi Jinping’s State Visit to UK. The trip resulted in the establishment of a new trade agreement between the UK and Chinese Governments.”

“We offer clients a unique opportunity to leverage the right combination of technology and finance to complete long-term water infrastructure projects, often on a fast-track basis – our offering of holistic treated water solutions set us apart, and will continue to deliver results leading to further export success stories in the future.” 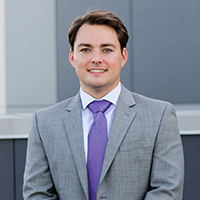 With a passion for achieving engineering excellence and adopting the latest water treatment technologies, Richard is focused on growing Biwater’s desalination and membrane treatment business in the role of Senior Vice President, Biwater Inc.

At Group level, Richard also holds the role of Group Deputy Co-Chairman. Richard started his career with Biwater in Europe in 2002. However, it wasn’t long before he began taking on roles further afield. Initially, he was responsible for contract construction coordination for a wastewater treatment plant in Senegal. He then went on to secure and deliver Biwater’s first desalination system in Libya, before being seconded to the United States. Since 2008, Richard has been based in California, overseeing development and delivery of the Group’s leading-edge desalination and water reuse contracts.

Maintaining an active interest and involvement in industry developments, Richard ensures that the Group has a presence at major industry events and shares knowledge to further membrane technology knowhow and applications. In 2011, Richard was elected as Co-Chairman for the ‘International Desalination Association Young Leaders Program’. In this role, Richard led industry initiatives to engage with and inspire young engineers entering the desalination industry.

Richard is a member of the International Desalination Association (IDA) and American Membrane Technology Association (AMTA).

“The 2016 Membrane Technology Conference that took place in Texas. Delegates and peers took a plant tour of our high recovery San Antonio desalination reverse osmosis plant which I had engineered and commissioned."

“Biwater Inc. have a bright future ahead – we will continue to build our capabilities in advanced water treatment technologies, providing communities with a safe and reliable water supply that protects the environment.” 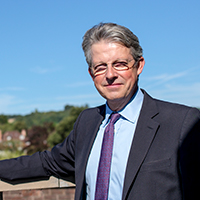 With experience bringing deals to fruition across Africa, Justin has worked in a number of Biwater’s key markets throughout the region.

Justin embarked on his career at Biwater in a Group-wide financial modelling and analysis role. A secondment to South Africa in the late 1990s sparked an interest in local business activities, and Justin has since been focused on ensuring both the development and successful delivery of Biwater projects across Africa.

Justin completed his MBA degree at the University of Cape Town, and for a period of time following graduation, worked as a speech writer and adviser to the Minister of Finance at the Western Cape Provincial Administration. He has also worked for regional investment and consultancy firms, supporting SMEs in their quest to meet growth targets and raise capital.

“We were surveying seven towns in Guinea in two days, travelling by light aircraft. As a standalone activity it was an adventure in its own right, but when we landed back at Conakry we were met by a local TV crew requesting an on-the-spot interview. As the only French speaker in the group, I took the role of spokesperson, and quickly ran through talking points with colleagues before taking the spotlight – it taught me to always have a speech ready in my back pocket, as you never know when you will be called upon!”

“With a focus on Africa, the future is bright. We will see a continued emergence of the middle class, which will bring with it heightened expectations for water and sanitation infrastructure delivery – Biwater’s experience and reputation in the region are unparalleled, and we remain committed to supporting nations across Africa to develop and prosper.” 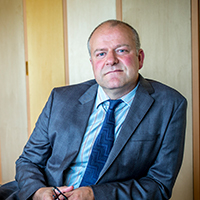 Jonathan Lamb has served as the Group’s General Counsel and Company Secretary since 2011. In this role, he is responsible for the Group’s corporate governance, business policy, and handling of any legal issues arising.

Early in his career, Jonathan was a partner at Gosschalks, a British solicitors firm specialising in corporate and business law. Thereafter he went on to work in legal and general counsel roles at Shire Pharmaceuticals Group plc, Amarin Corporation plc and Antilles UK. These roles spanned the pharmaceutical, biotechnology and asset management industries.

Jonathan is a qualified solicitor and a member of the England & Wales Law Society.

“Having twice been involved at the sharp end of financing our British Virgin Islands project during its construction phase, it was rewarding to be part of the transaction team that went on to sell the asset in June 2015.”