In many parts of the world, desalination and membrane treatment technologies are the only available option to provide adequate supplies of clean water to populations facing acute water shortages. Meanwhile, advanced water purification systems, incorporating membrane treatment technologies, are increasingly being used to develop new indirect and direct potable reuse plants that can treat and reuse wastewater for potable consumption.

The core desalination and membrane treatment technologies are well proven and highly effective, but the core challenge is devising a solution that incorporates the right mix of technologies and minimises energy consumption.

Our Water Reuse and Desalination Center of Excellence has long been recognized as a leader in the field of advanced treatment technologies to deliver key water reuse and desalination solutions. Biwater Inc. excels at designing and developing customized solutions making it more affordable and sustainable to access unconventional water resources.

Our desalination and membrane treatment capabilities include:

We built our first major reverse osmosis plant in Riyadh, Saudi Arabia in 1971 (after many years equipping Royal Navy Ships). This first major desalination plant constituted 10% of the world’s entire reverse osmosis capacity at the time. Over the subsequent decades, we have built up an extensive track-record in membrane systems – designing, procuring, manufacturing and constructing plants to treat seawater, brackish water and municipal wastewater.

Our Desalination and Membrane Treatment Centre of Excellence in California has long been one of the leaders in the field – as a premier membrane solutions provider, its global installed membrane treatment capacity is 1,703 million litres per day (MLD)*, which is equivalent to 681 Olympic size swimming pools every day!

While desalination and membrane treatment technologies demand a great deal of energy, Biwater expertise combines it with complementary technologies, such as pre-filtration and the most advanced energy recovery systems, to reduce the energy requirement to a bare minimum. Such applied technological expertise can transform the economics of this invaluable technology, making its benefits available and viable for a far wider range of locations and applications.

*In the United States, this staggering installed membrane capacity is equivalent to 450 million US gallons per day (MGD US). 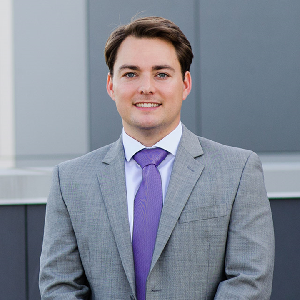 Richard White has become a world leader in membrane treatment system/process design, project implementation, commissioning and training. Under his leadership, Biwater Inc. has grown to become one of the leading suppliers of desalination and reuse technology in the world.

He began his career with Biwater as an engineer and project manager in Europe in 2002, where he was responsible for the contract coordination of a wastewater treatment plant in Senegal.  He then went on to secure and deliver Biwater’s first desalination system in Libya.

In 2008, he relocated to the Group’s Center of Excellence in Water Reuse and Desalination, based in California.  He held the title of Senior Vice President of Biwater Inc. for 14 years, where he was responsible for operations and overseeing the development and delivery of the Group’s leading-edge desalination and water reuse contracts.

In 2011, Richard was elected as Co-Chairman for the ‘International Desalination Association Young Leaders Program’ and served on the committee for four years.  In this role, Richard led industry initiatives to engage with and inspire young engineers entering the desalination industry.

With a passion for achieving engineering excellence and adopting the latest water treatment technologies, Richard strives to develop and deliver the most advanced and efficient desalination and reuse systems in the industry.

Richard is a member of the WateReuse Association and American Membrane Technology Association (AMTA).

Find out more about our Centre of Excellence in Desalination and Membrane Treatment (Biwater Inc.) based in California, United States

Find out more about the Omya Advanced Remineralization Process, where Biwater Inc. is recognised as the preferred OEM to implement this technology