During the Global Water Awards, Biwater were presented with Distinctions for ‘Water Company of the Year’ and ‘Wastewater Project of the Year’ by Felipe Calderón, former President of Mexico

In the top water industry awards event of the year, Biwater were presented with a Distinction for Water Company of the Year, the main award category, during a ceremony held at the Emirates Palace in Abu Dhabi, UAE. The award recognised the Group’s success in delivering bespoke financial, engineering, technical and operational solutions across the globe.

At the same event, Biwater was also recognised for delivering the impressive Stage 2A Harbour Area Treatment Scheme (HATS) on Stonecutters Island, Hong Kong. The project was shortlisted in the Wastewater Project of the Year Award category and was recognised with a Distinction during the Ceremony. The project was presented as a major industry achievement, showcasing the world’s largest sewage pumping station and sludge treatment facility.

Felipe Calderón, former President of Mexico and Chairman of the Global Commission on the Economy and Climate, presented the two awards and congratulated Biwater on their success in delivering large-scale projects with maximum impact in challenging jurisdictions.

Commenting on this achievement, Sir Adrian White, Biwater Chairman, said, “We are extremely proud to be awarded Distinctions for both Water Company of the Year and Wastewater Project of the Year. These awards recognise our unique offering and approach to supplying the world’s population with critical potable water, sanitation and reuse solutions. It is a testament to the sheer hard work and commitment of our employees that we were nominated for these awards and went on to receive such recognition. I would like to extend my thanks to our talented Biwater teams, and all of those in the water industry who voted for us.”

Water Company of the Year:

Annually, the Water Company of the Year Award is presented to the water company that has made the most significant contribution to the development of the water sector over the last year. This Award recognises that “No other water company active today is as willing to engage where it really matters”.

In the past year, Biwater has successfully developed a pipeline of projects spanning the globe, providing for populations in need of clean potable water and sanitation solutions.

Furthermore, Biwater’s desalination and membrane treatment capabilities, coupled with its project finance expertise, position it as a world leader in treated water, making it the go-to company for complex and multi-faceted projects requiring long-term funding.

Wastewater Project of the Year:

This award category is for the wastewater treatment project that has shown the greatest innovation in terms of optimising its physical or environmental footprint. Stage 2A of the Harbour Area Treatment Scheme (HATS) is considered an industry success, as “The neat dovetailing of the numerous infrastructure components reflects a uniquely holistic and forward-thinking approach to municipal wastewater and environmental management.”

The new facility handles requirements for wastewater treatment for over five million Hong Kong residents. The resultant increase in treatment capacity to 2.4 million m3/day has significantly improved the quality of water in Victoria Harbour and the situation for residents and business across Hong Kong.

The Global Water Awards acknowledge important achievements in the international water industry over the past year. Winners are selected by Global Water Intelligence and Water Desalination Report subscribers, reflecting the views of the international water community. Nominations are initially shortlisted by a panel of experts before voting commences.

The Awards are presented at the Global Water Summit, the major annual water industry conference which brings thought leaders from across the world together to tackle a diverse range of topics spanning the depth and breadth of the industry. 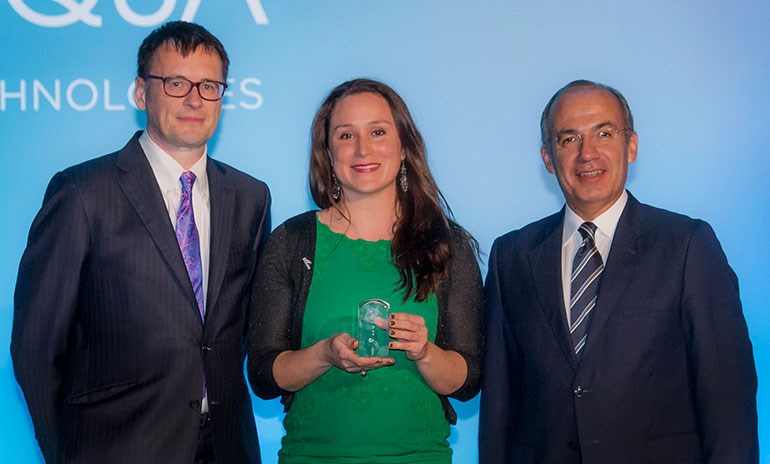 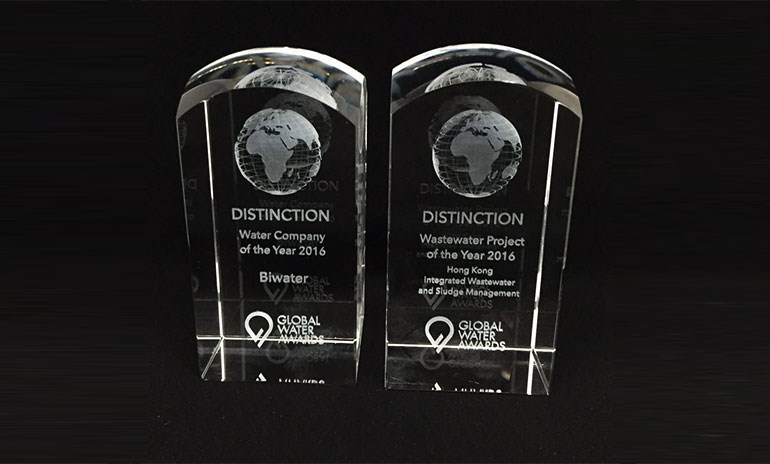