Biwater Inc. nominated for Desalination Company of the Year for the 2021 Global Water Awards

California, USA – 26 March 2021: Biwater Inc. is delighted to have received a nomination from Global Water Intelligence (GWI) as Desalination Company of the Year, for making the greatest contribution to the desalination industry in 2020.

For this nomination, GWI stated, “In a year that saw the pandemic rewrite the rules for international markets, Biwater Inc. soared above its competitors to take an unassailable grip on the US’s membrane treatment plant market with its most successful year of trading ever.”

Biwater’s Center for Excellence in Desalination, Water Reuse and Membrane Treatment is one of the leading suppliers of desalination and reuse technology in the world, providing a total installed membrane treatment capacity of 2,082,000 m3/day (550 MGD).

GWI added, “Biwater was undoubtedly the king of US desalination wins last year. The company’s membrane treatment business was simply unstoppable in 2020. It successfully delivered a string of reverse osmosis and nanofiltration systems that transformed the water infrastructure options for customers across the country.”

Commenting on this nomination, Richard White, Senior Vice President of Biwater’s Water Reuse and Desalination Sector, Biwater Inc., said “We are extremely proud to have been nominated for this Global Water Award, especially given the challenges of this year brought about by the global pandemic. It is a testament to the sheer hard work and commitment of our employees. I would like to extend my thanks to our talented team and to GWI for this nomination.”

Biwater Inc. is continuing work on several projects that are either in design or under construction, including Orange County’s Groundwater Replenishment System, the world's largest facility for indirect potable reuse at 492,000 m3/day (130 MGD). Biwater Inc. are supplying the RO system for the final expansion phase of 113,500 m3/day (30 MGD).

Over the past year, Biwater Inc. has demonstrated growth as an essential business and leading membrane technology provider, and has continued to expand its market share, having bid and won a number of projects. New project contracts include the West Villages Desalination project in Florida, and the following four California projects, the North City Pure Water Project, San Diego (151,000 m3/day), North Pleasant Valley Desalter, the Santa Margarita Conjunctive Use Project, and the RO Retrofit project in Beverly Hills.

The Global Water Awards acknowledge important achievements in the international water industry over the past year. Winners are selected by Global Water Intelligence and Water Desalination Report subscribers, reflecting the views of the international water community. Nominations are initially shortlisted by a panel of experts before voting commences. 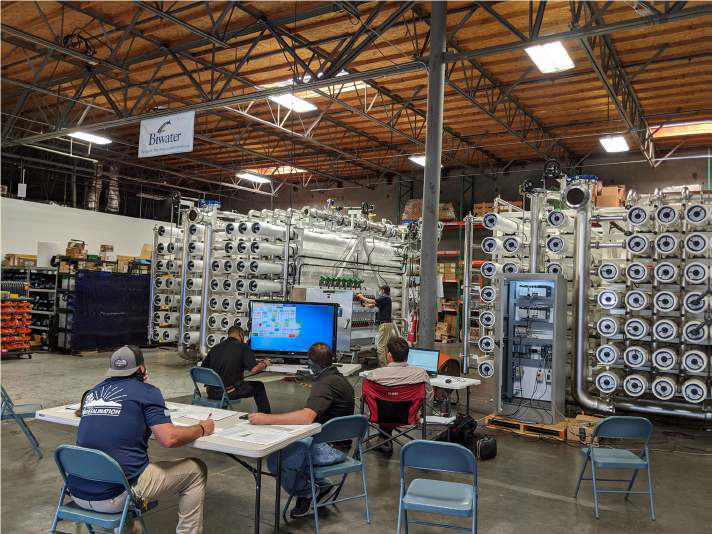